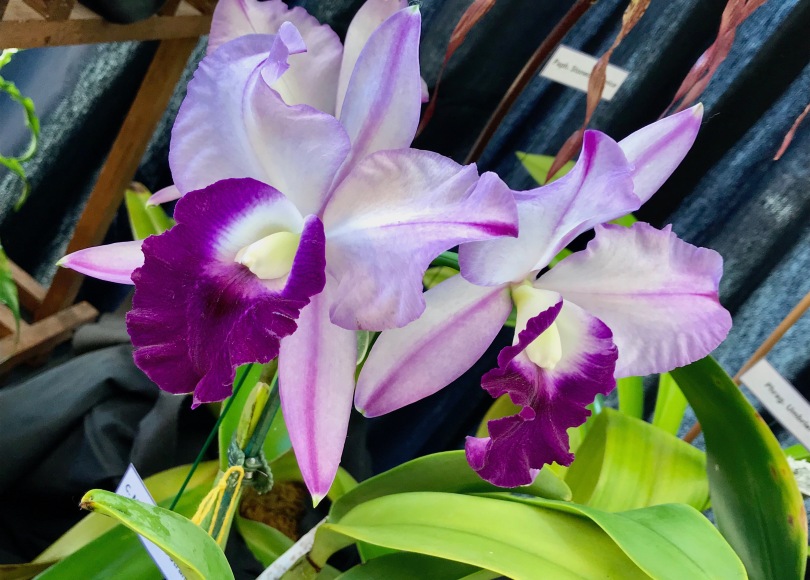 I know it’s finally safe to leave my house each spring when our Matthaei Botanical Gardens holds their annual Orchid Festival.

Unlike the “Coachella meets fall of Rome” intensity of the much scarier Succulent Sale in the fall, the Orchid Festival is a very chill affair. You want to buy an orchid? Cool. You want to look at some orchids? Here, look at all the orchids you want. No lines, no waiting, and no threat of getting sucker punched over an air plant.

Just the wondrous and alien beauty of the mighty yet delicate orchid. 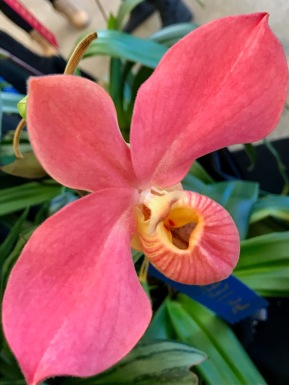 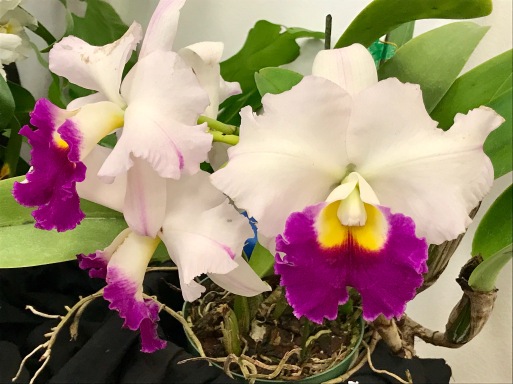 To be honest, the festival was pretty crowded. A and I had to park about a county away, and so many bleary-eyed toddlers and hungover college students were hypnotized by the flowers that it was hard to avoid a a very gentle collision or two.

And I did have a little flashback moment in the greenhouse when I froze and thought, “Maybe I should’ve bought those exotic plants that would require having a tiny metropolis of ants in your house to survive.” 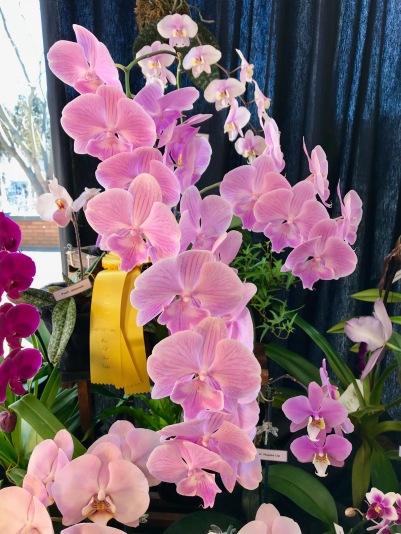 But it was worth it. I can’t express enough how rejuvenating and therapeutic it feels to surround yourself with colorful flowers that thrive on sunlight and yet are somehow still alive after the cold dark winter. It was a lovely way to spend the day, enjoying our little jungle corner in the midst of all the melting snow. 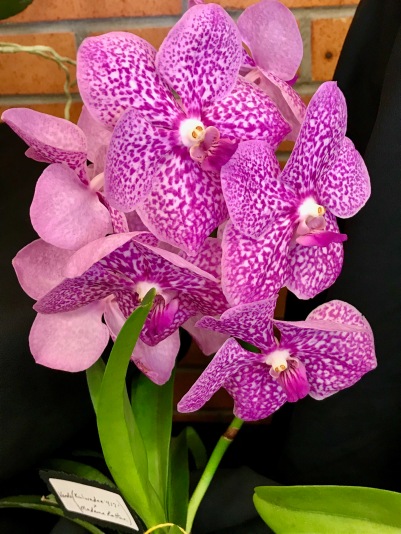 “Don’t they look like they’re about to start singing?” said A.

I think they look like aliens, or the floral life of a distant planet where it’s warm and colorful and not a fashion crime to mix patterns. 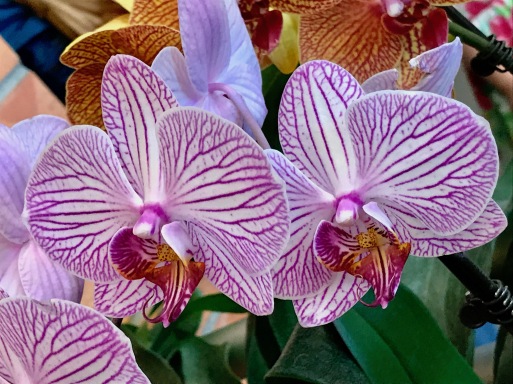 Now, the word “festival” implies some sort of entertainment aspect or a rides component, like a midway game where you shoot basketballs to win a giant stuffed orchid, or a ride where instead of bumper cars you sit in bumper orchids, and the aim is not to hit each other, because orchids are so fragile. Or dancers dressed like orchids, or a bored children’s choir singing songs about orchids . . . no, the only event was a raffle, which I actually won last year.

I was one winner out of like eight winners, but still, I got a free orchid.

A bought me a ticket in the hope that lightning would strike twice.

“Now if you win, we’ll call you, and you have to pick up your orchid by closing time,” said the lady in charge.

“Oh I know,” I said, with my most dazzling “this is not my first rodeo” smile. “I actually won last year.”

“Good for you!” said the lady, and she seemed to genuinely mean it.

Fortunately she did not ask me how the orchid I won has been doing, because it’s not doing much of anything right now. It’s in the part of my plant shelf that I call “hospice corner.” The prognosis is not good. Orchids are delicate.

Since it was such a nice day, we took the dog to the park. She loved looking at the ducks and the geese and the toddlers and even the other dogs, but she stayed away from the swans. My dog does not know “sit” yet (she’s new, we’re working on it), but she knows to give swans their space.

As we were pulling away, we saw a lady approach a swan with her hand outstretched, as the swan hissed at her to stay away.

In the backseat of the car, my dog thought, “That’s a bad sound!”

Here’s some free information: swans are beautiful, graceful creatures and because of that, we dumb humans assume they’re gentle and sweet, and they are not. Swans are territorial, wild animals and they don’t care if you’re a nice lady in a sweater who thinks they need some love. They don’t want love—even though their necks form the shape of a heart—they want you to stay the hell away.

So this lady was actually reaching towards this hissing swan with a smile, and she was just close enough to touch the top of its head, which was about to be the last thing that hand would ever touch before being ripped off by a beak.

Always thinking fast, A yelled, “Honk!” and I correctly interpreted this as a call to action rather than a warning to the swan in the universal language of birds, and honked my horn.

The lady looked at me, askance, because people don’t honk in the Midwest in a public park, no less, and we vehemently shook our heads to say, “Step away from the swan.”

She did, still glaring at us, and job well done, we continued on our way.

“Hasn’t she ever seen Hot Fuzz?” said A. “Swans are dangerous! We just did her a favor!”

I said, “We’re your friendly neighborhood lesbians, and we just saved you from having your eye gouged out by a swan.”