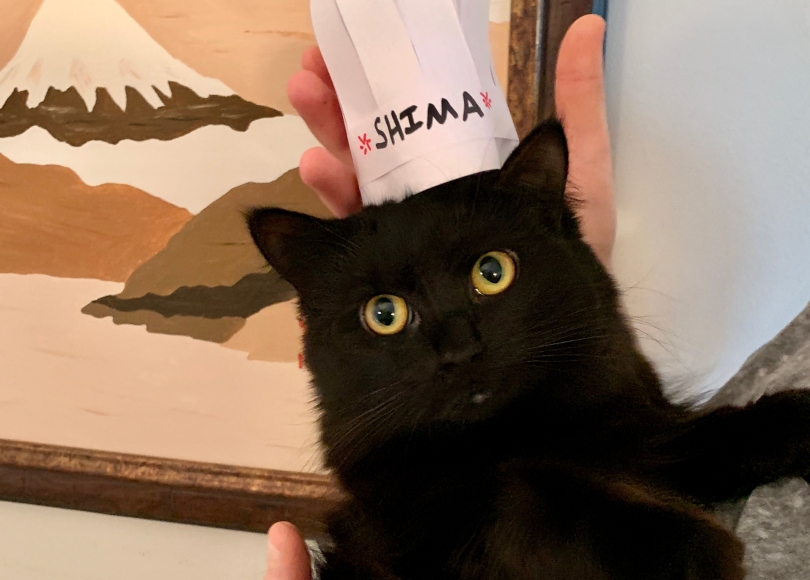 A and I have been preparing theme meals—Italian, Japanese, you get the idea—and dressing up the cat in different chef’s hats (crafted by yours truly) so we can pretend we’re at our favorite closed restaurants.

The cat is very tolerant of this. 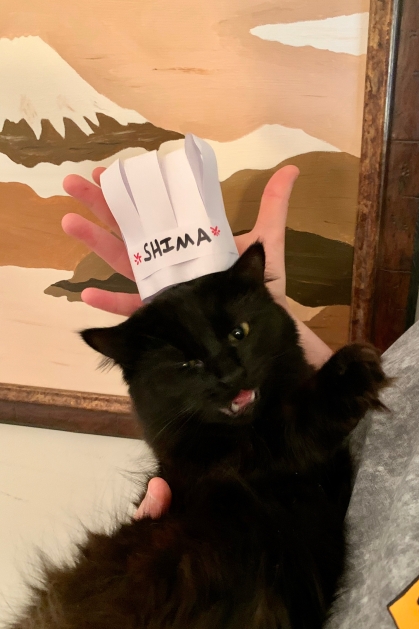 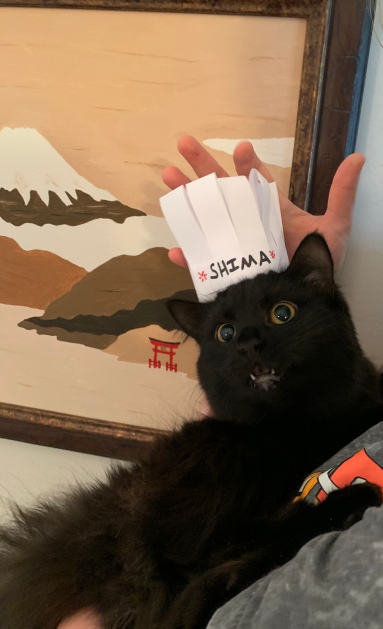 Fortunately, my local food emporium/baking class purveyor is expanding to virtual classes while we’re locked down. I snatched up a spot in the Savory Pies class, bought my own ingredients at 7 in the morning wearing a scarf over my face and plastic gloves, and prepped everything before joining the class over my computer, with my trusty canine baking assistant sleeping at my feet.

The two instructors were at the class facility, but in separate rooms—one did the demonstrating while the other offered tips and fielded questions when needed. It was nice to see friendly faces and also peek into other people’s kitchens—I’m happy to say I approved of everyone’s fridge magnet game.

Because it was the first week of virtual classes, a tech guy from the food emporium was in the class as well, baking along and popping up to ask what we thought of the screen resolution.

Aside from prepping everything beforehand and cleaning up after (shudder!) the virtual class was pretty much exactly the same as the in-person version. And I got to wear pajama pants the entire time!

Cornish pasties are both a British thing and a Michigan thing—I doubt the annual Pasty Fest in the UP is going to happen this summer, but if it does, you should go!

The most popular origin story is that pasties were the staple food for miners back in the day, since they’re easy to transport, heat, and consume (no forks needed, just shove it in there). Traditionally, they’re filled with beef, potato, turnip, and onion, although they can be filled with just about anything, like chicken tikka, or even fruit—the instructor told us of the fabled “two-course pasty” with two fillings divided by a pastry border, one savory, one sweet. A heard this and yelled “YOU HAVE TO MAKE THAT” even though she was in the same room.

We were given the option of making the traditional beef-filled pasty or a slightly easier cheese and caramelized onion variation, and if there’s two things I love it’s cutting corners and eating cheese.

The dough itself is very straightforward—a simple shortcrust, although I swapped out lard for vegetable oil (you can also use olive oil!).

The instructor gave very good advice for filling and sealing the pastry—”You have to launch a sneak attack on your dough. Don’t let it know that you’re coming.” 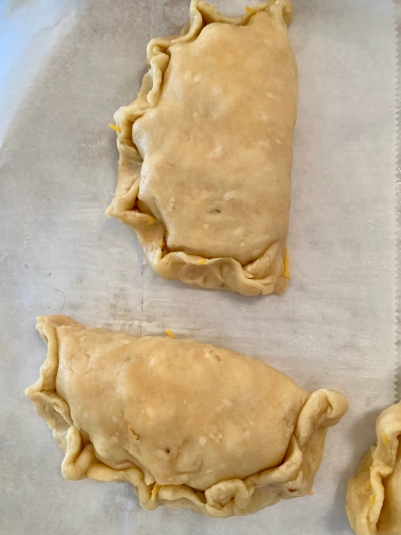 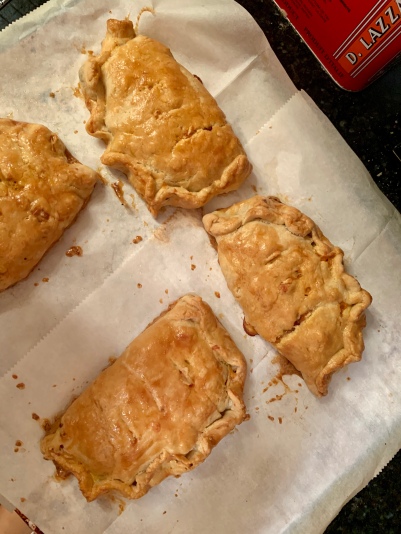 My pasties came out looking mostly okay and tasting like a fine day in the mines.

Next were knishes, which the instructor described as “the best way to get as many potatoes in your mouth as possible.”

And this recipe called for a LOT of mashed potatoes—three pounds! During a pandemic! And you not only fill the knishes with a good pound and a half, but another half-pound is worked into the dough itself, which I’d never done before.

“You’re the boss of those potatoes,” said the instructor. “Wrangle them!”

I know the knishes turned out well because A hates mashed potatoes but devoured her knish. Right out of the oven. I even told her to wait a minute and she didn’t. 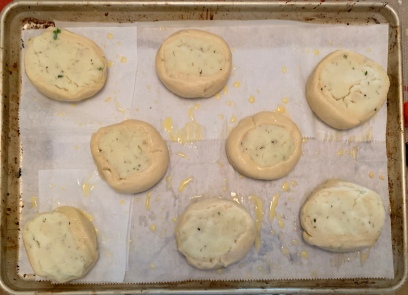 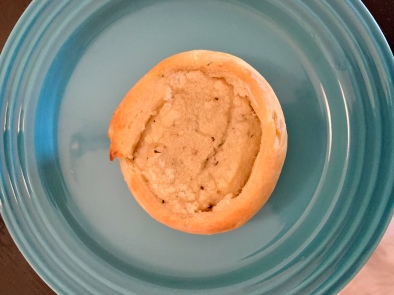 I definitely want to make them again with sweet potatoes, maybe even beans for a more empanada-like vibe.

My canine baking assistant woke up and jumped on my lap as I was signing off—the instructors fussed over her and asked her name and she looked right at the camera.

A baking star is born! 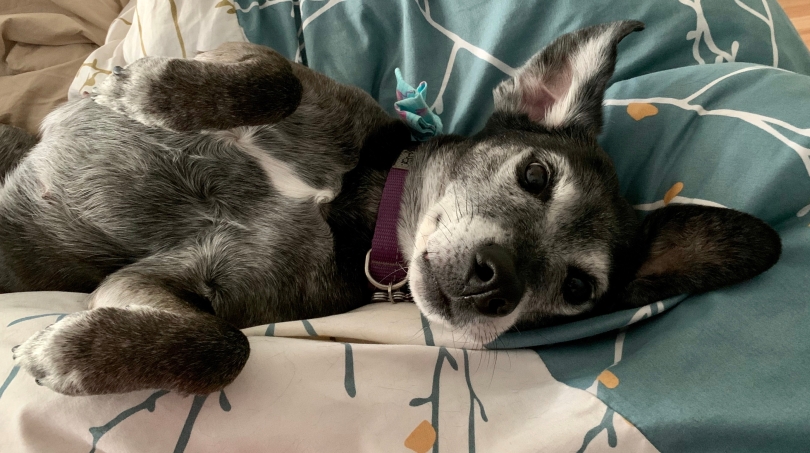